Ok no surprises here.. The last time I updated this blog was 2 months ago. God has it been that long already? It seemed like it was only yesterday that I arrived back from Europe.

As a personal I promised to document the bits and pieces of my journeys past if only to have some basis for my friends who plan to wander off Europe some day.

Like my 2nd Eurotrip, my first stop was Paris. This was an easy decision because the cheapest flights from Manila are to Paris. It used to be Manila-Amsterdam when KLM was still operating here.

Paris did not enamour me as much as before. I guess the novelty has worn off?

My friend Kathy whom I met through CS was fortunately still based in Paris and was gracious enough to meet me and have a quick tour around the boulevard Hausmann area.

I'm a sucker for intricate church interiors hence I was so elated when we went inside St. Michel church. 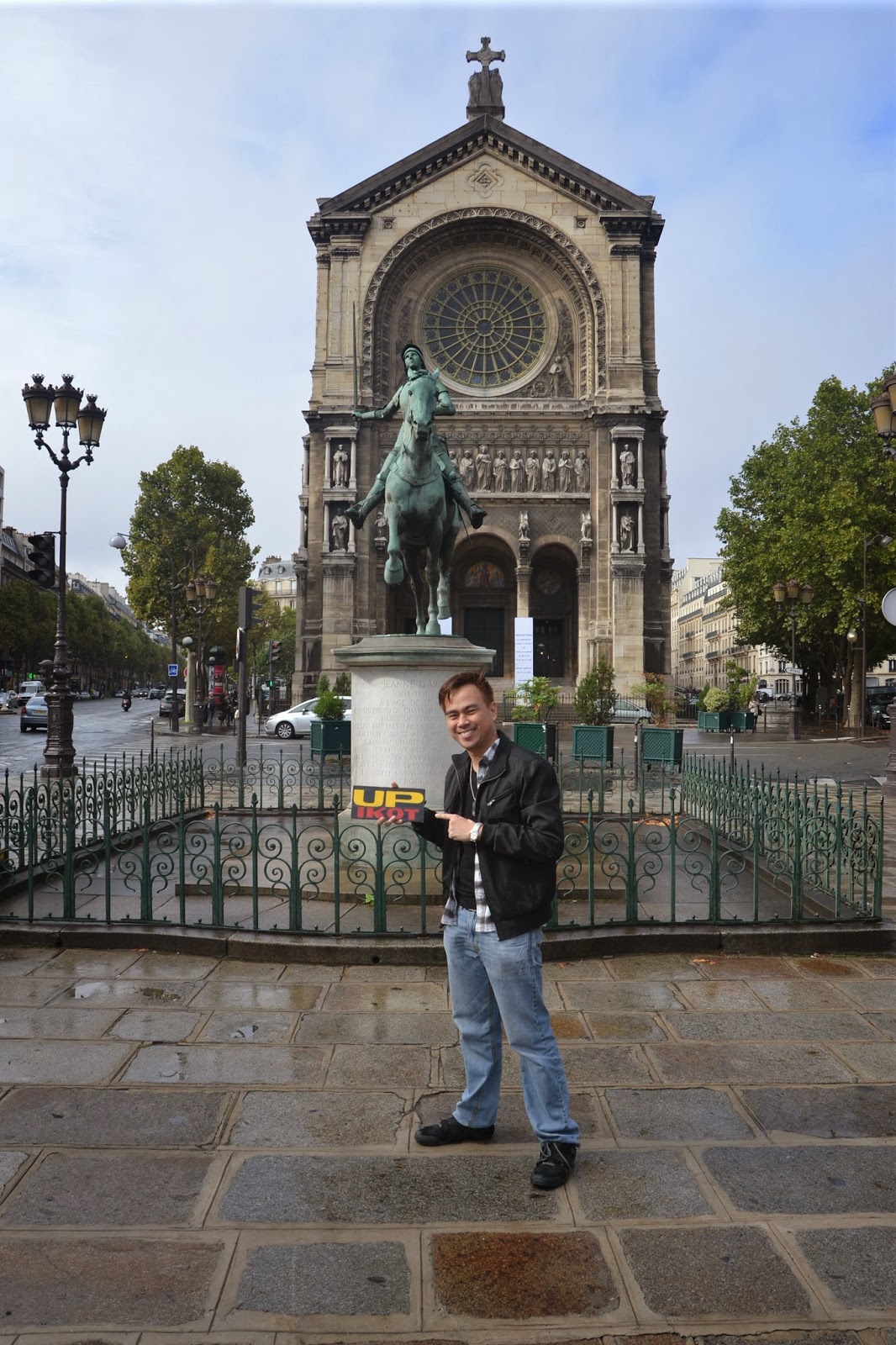 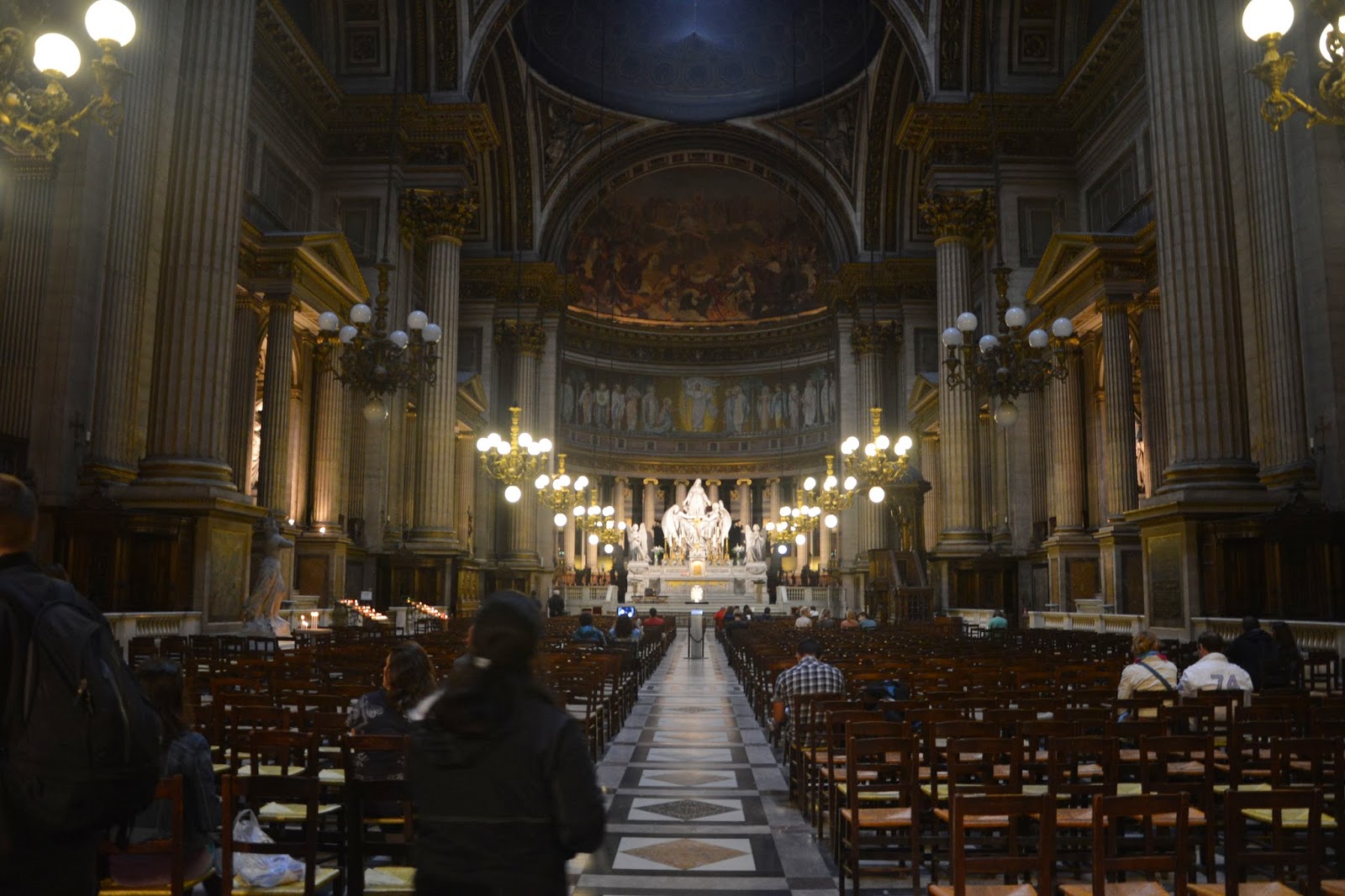 It happened to be a Friday the 13th that time and we gamely posed with a team promoting a lottery happening that night. 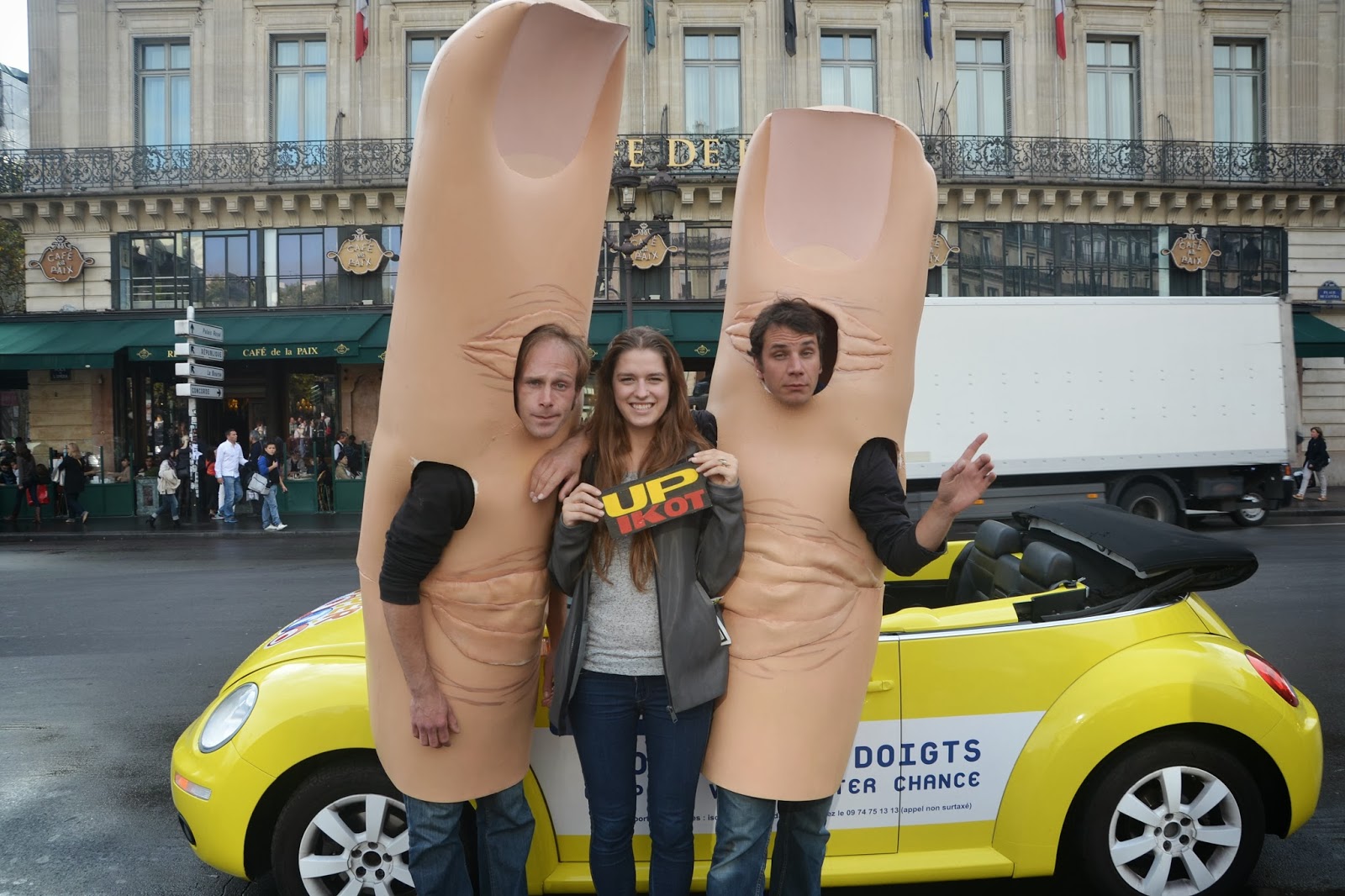 So far that Friday the 13th did not turn out to be unlucky.. 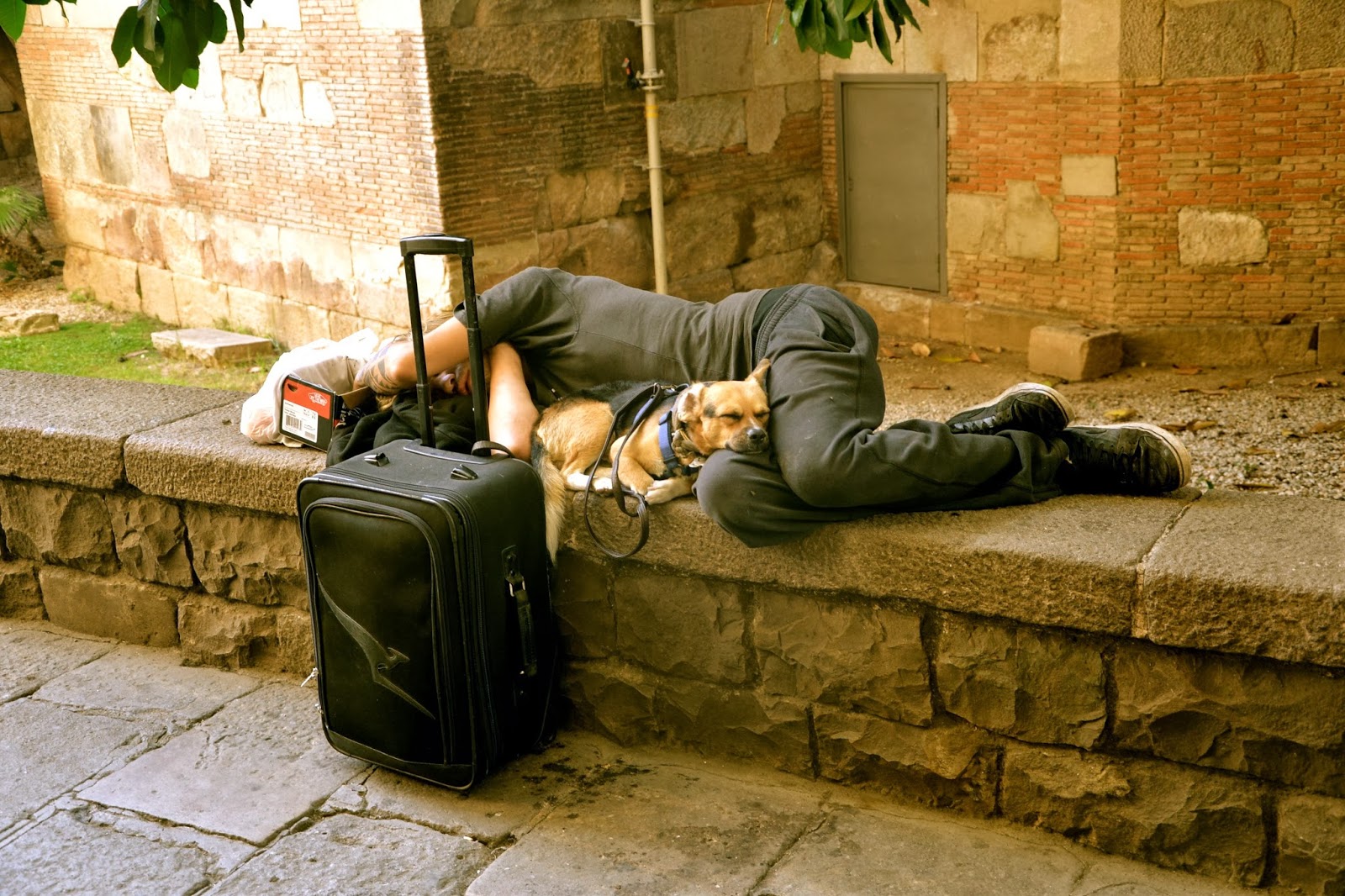 Took this shot when I was in Barcelona. There is something so poignant about this scene. The master is probably homeless or a traveler who missed his train ride for the day or perhaps a wandering street performer who sleeps along the alleys at night. Whoever he was, he probably had all his stuff with him in his travelling bag. That... and his loyal companion.

And his companion, as if oblivious to the status of his master does not care. Sleeping snugly with him, he is at home. And that's what all the matters.
Posted by Jodl at 14:23 No comments:

I don't know about you, but whenever I pass by a city I try to feel its vibe in the train station. The mood is somewhat exuded in the muted expressions of the locales going about their way. 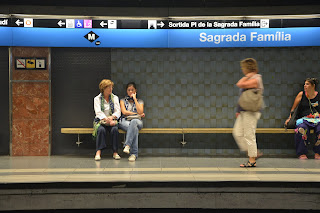 Like there was a time I was in Tokyo, Japan... For some reason I felt depressed. It was as if I was dealing with humans that are trapped in their own world, going about their own way as if with no purpose. Just the same thing day in, day out.

Of course it could just be me. Maybe I was just projecting to them my own sorrow.

I still have not decided how this blog would turn out to be. Would this be an informative type for would-be backpackers to refer for some information or would this be my sounding board where I need to pour out my thoughts. I am actually more tempted towards the latter. I know it would not bring me the moolah but I guess this financial-requirement has been constricting me for so long. I have finally decided to write because I simply need to write.

That is my strategy at this at this point. To bring back the passion that I once had. When words would just pour out endlessly when I face a blank screen or a blank page.

I am now towards the end of my backpacking journey. The third one. I thought I would have some answers right now. But no. Life has this way of giving you more questions. In the end you just have to learn to live with the questions. 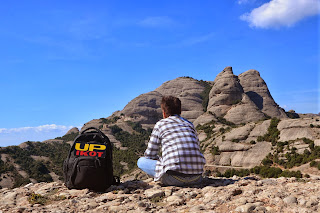 This is my third time to backpack across Europe. As one might expect I should be more or less quite adept at all the planning. But this appears to be the trip where I am least prepared. Perhaps because I got so busy with work I haven't put too much attention into my itinerary. Also I was not able to manage my cash flow properly and to make matters worse one of my HSBC cards was not promptly replaced hence my financial latitude during this trip is a bit tight. Furthermore a few days before my trip I was down with the flu and I was a bit afraid the sickness would linger till my departure.

But here I am now in the cafe of my hostel in France contemplating upon what this journey would offer. It feels surreal that two days ago I was deeply entrenched in my life in Manila and now here I am in a foreign location and everything that I know as home, exists in a faraway place, as if it never existed.

This time I promised to be a bit more diligent in documenting my thoughts. I would expect this blog to be a steady stream of unfocused thoughts but I guess I'd have to deal with it if only to capture what is raw and what is pressing. 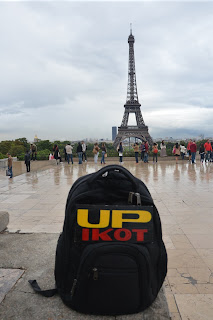 It's a year since I have been to Europe and I feel bad how much I haven't blogged much about my adventure. I know that a lot of memories from that trip are probably gone now and I feel terribly awful. I guess it takes a considerable amount of willpower to enjoy travel and write about it at the same time.

Now I'm "forcing" myself to write at least a blog post a week. I'm used "force" as the operative word because the effort doesn't come naturally as it used to be when I still in Mindanao.

Still i'd think to rather post my rambling in my blog then tweak it a bit later if only to make us of the momentum.

Let me start first with my recent Siem Reap adventure. All in all it had been a marvellous experience although have some regret. I'll post the top 5 tips on what to do or not to do in Siem Reap. 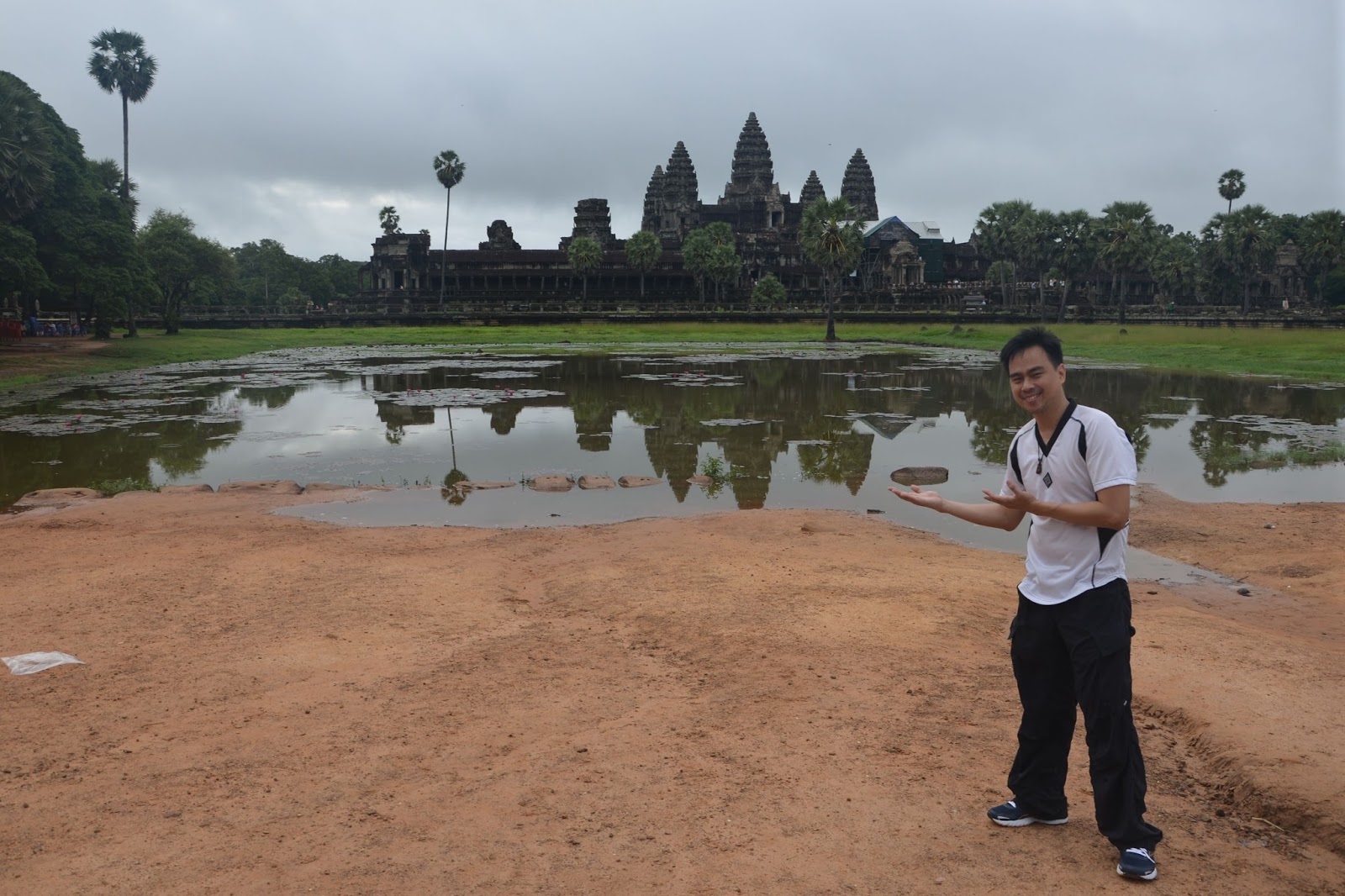 1. Stay close to the Market Area

We got booked in the Velkommen guest house. The accommodation was really good we got a twin room with AC at 14$/ night. I got disappointed though because their ad is misleading. I though it was a casual 15-walk to the Market Area but it was rather far. So the amount we've saved in the accommodation was eventually lost because we had to take a tuktuk (at least 2$ a ride) everytime we had to go to the market. Bummer.

If you want the party stay CLOSE to the market area. Before you make that booking in Hostelworld check out its location in Google map.

2.  Sunrise in Angkor Wat is OVERRATED

We had to wake up early for the Angkor Wat tour. But if the weather has shown to overcast in the past few days save the trouble of waking up early and do it in the morning but not too early.

3. Choose which bank to withdraw cash

Not all banks charge the same transaction fee. When you make that withdrawal in dollar currency verify first the amount of commission the bank would be charging.

If you're planning to to do the temple tour wear bright colored shirt. Makes you stand out in pictures much better. Of course I am assuming you would want to stick out in your photos. There are temples that don't allow folks wearing sleeveless shirts so be forewarned. Avoid shorts as well since some paths intimate encounters with rocks and overgrowth. Saves you the trouble of itches, bruises and scrapes.
Temples can be very slippery so unless you just want to be have a boring view from the ground wear shoes with traction so you could clamber off those structures and enjoy the magnificent view from the top.

When life gives you an almost knockout  punch, you get up and fight again. And learn a lesson or two from that incident lest you get punched again with the same sneaky jab.

I had a major setback one month after my backpacking trip. My house was burglarized. And in that incident I lost my Nikon D90, my Macbook Pro and two of my hard drives. I am ok to lose my Mac and my Cam. It's something that I could replace some day. What pisses me off is that the files I've had since 2006 not to mention the high resolution photos from my European escapade are forever lost.
I curse the person who did this. I sincerely hope he gets his karma. Man, I'd love to see this guy get bulldozed or decapitated or have any of the graphic deaths featured in Saw and Final Destination. Screw him.

Anyway I could not  find an appropriate expression in English. In Kiniray-a we call it "wara man lang hingan". It's like all your efforts are all for naught. I bought 2 sets of hard drives thinking that with 3 sets of copies (the memory in Mac Book Pro counted) I have backup in case one set of files got lost or erased. Well a stinging lesson here... If you have back ups, make f^&**^^%cking sure they are not located in the same place.

It was also through this incident that I learned about iCloud. F^%#$##ck how could I miss this.

Anyway as I went through the stages of my fury and helplessness I could not help but recall some Finnish friends I met from the boat trip from Finland to Sweden. We discussed over beer the concept of God.

They insisted that it's normal for them that their default is not to believe in a Supreme Being because there is no proof otherwise.

I actually felt depressed because I could not offer a plausible explanation. We had our photo taken. Whenever I would look at that photo, it reminded me of our conversation. I would always consider it an anchor to my past.  Sadly the only copy of that photo was in the hard drive stolen and will forever be gone.

And in the burglary instance I thought about my Finnish friends.

Who is better off? Them who never had a Supreme being to believe in. Or me who claimed to be a believer of the Almighty but cursing Him for the tragedy that has befallen me.